Do-it-yourself “bombs” or “foggers” that target bugs by filling entire rooms with aerosol insecticide are billed as an easy, cost-effective alternative to pricey pro exterminators. Although these products are indeed cheap, retailing at hardware stores for around $10, if you use them on bed bugs you’re likely to get what you pay for.

In a new study, the first of its kind to be published, entomologists at Ohio State University tested three commercially available foggers – sold under the Hot Shot, Spectracide, and Eliminator brands, respectively – and concluded that all three products were virtually useless at fighting bed bug infestations. 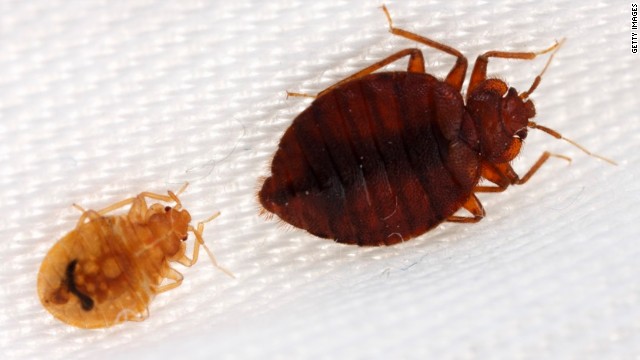 Bed bugs in houses and apartments tend to be resistant to the insecticides used in most foggers, the study found, and even non-resistant bugs are likely to survive a fogging because the mist of chemicals doesn’t appear capable of penetrating the cracks in furniture and walls where bed bugs usually hide.

“Based on our findings, bug bombs should not be used for crawling insects such as bed bugs,” says lead researcher Susan C. Jones, Ph.D., an associate professor at the university. “These products shouldn’t even be labeled for bed bugs.”

Only one of the products tested, the Hot Shot Bedbug & Flea Fogger, specifically calls out bed bugs on its label, while the othersrefer broadly to “crawling” or “biting” insects.

Bed bugs are a major nuisance but generally don’t pose a threat to health, as their bites rarely cause more than itching welts or the occasional allergic reaction. Foggers, on the other hand, can be hazardous if used incorrectly.

In a 2008 report, the Centers for Disease Control and Prevention indicated that at least 466 fogger-related injuries or illnesses were documented across eight states between 2001 and 2006. The most common ill effects—such as headaches, nausea, and coughing – tended to be minor and short-lived, although hospitalization was required in 21 cases.

Most incidents apparently involved people who didn’t leave the room quickly enough after setting off a fogger, or who reentered a room too soon. In addition, Jones says, the insecticides found in foggers (known as pyrethroids and pyrethrins) can contaminate surfaces such as kitchen counters, and the aerosol propellant used to disperse them is flammable.

The new study, which appears in the Journal of Economic Entomology, suggests that foggers are so ineffective against bed bugs that they probably don’t warrant even the small risk of harmful insecticide exposure or other hazards.

Jones and her colleagues began by collecting five different populations of bed bugs from residences in Columbus, Ohio. As a control group, they added a sixth population, known as the Harlan strain, that has been cultivated in alaboratory – and carefully sheltered from pesticides – since 1973.

The researchers then placed the various bed bug populations in petri dishes and exposed them to the foggers in a campus building slated for demolition. After one test, Jones recalls, “the Harlan bugs were keeled over and all of our field populations

[were] just scurrying around as if nothing ever happened to them,” which suggests the non-laboratory bugs were resistant to the insecticide.

In a second series of tests, the researchers added small shelters made of paper discs or cloth to the petri dishes. These shelters, which allowed the bugs to hide during fogging, were designed to mimic the bugs’ natural hideouts, such as the cracks and crevices in floorboards, along mattresses, and behind picture frames.

This time the fragile Harlan strain survived just fine. “The critical issue is that the droplets don’t penetrate cracks or crevices,” Jones says. “They don’t even get to where the bugs are hiding.”

So is there any way to get rid of these elusive critters?

Professional exterminators can wipe out an infestation, but they charge hundreds, if not thousands, of dollars, Jones says. Simple measures such as putting sheets in the dryer for 30 minutes, scouring mattresses with paper towels, and using a credit card to crush bugs hidden in floor boards and bed frames also can help reduce a population, she adds.

United Industries Corporation, which makes all three of the products tested in the study, emphasized in a statement that only the Hot Shot brand fogger is designed to be used on bedbugs. The company stood by its line of Hot Shot products, saying they are “proven to be effective against bed bugs.”

The Hot Shot fogger “is particularly effective when used in in conjunction with our bedbug-killing direct sprays,” said John Pailthorp, the company’s division vice president of marketing. “We advise homeowners to follow up with a repeat, full-scale treatment one to two weeks after the initial fogging to ensure that bedbugs have been eradicated. And, as always, we recommend a professional evaluation if the problem is particularly severe.”