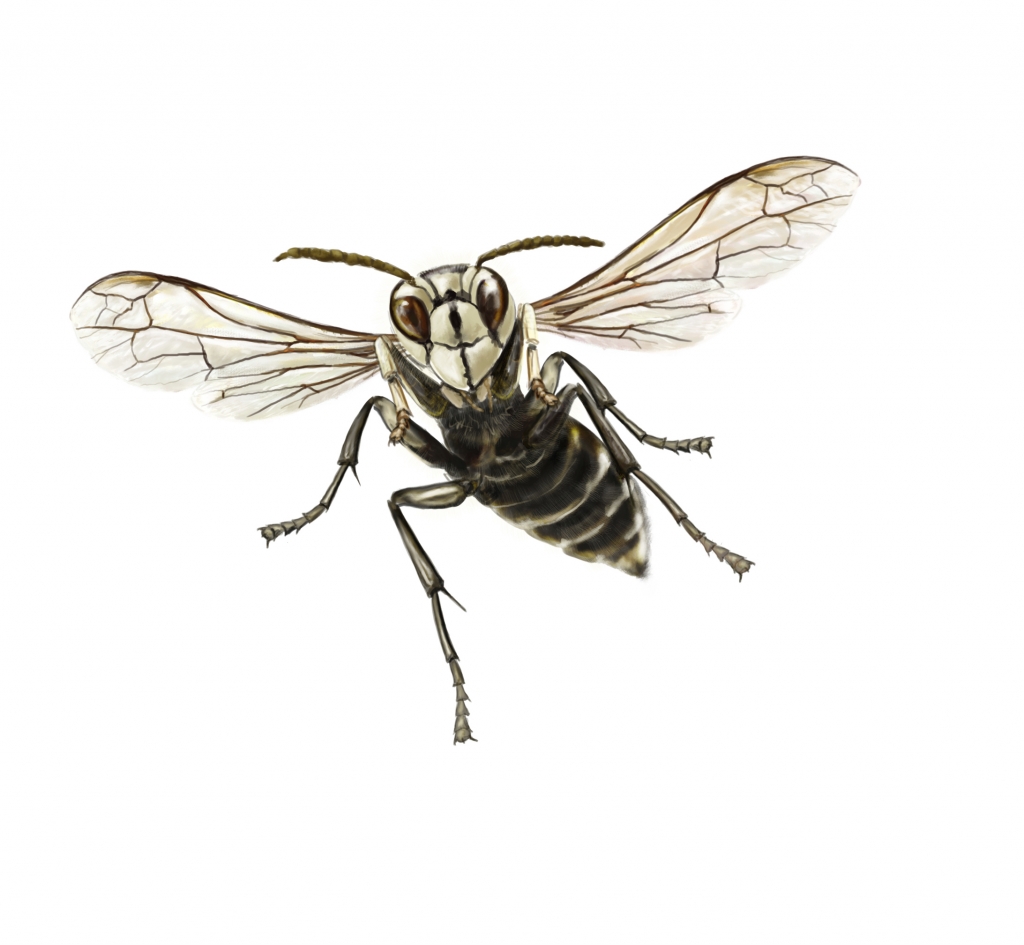 Bald-faced hornets are relatives of the yellow jacket. They are large in size and get their common name from their black coloring and predominately white face. Bald-faced hornets are social insects. They live in colonies that can contain up to 400 members. They are an aggressive species and will attack anyone or anything that invades their space. Bald-faced hornets have smooth stingers, allowing them to sting their targets multiple times and they also carry venom, which causes the stings to hurt, itch or swell for up to 24 hours.

Signs of a Bald-faced Hornet nest:

Bald-faced hornet nests are found in trees, shrubs, on overhangs, utility poles, houses, sheds or other structures and are often called paper nests. These nests are constructed out of a paste created by the queen bee that becomes a papery material.