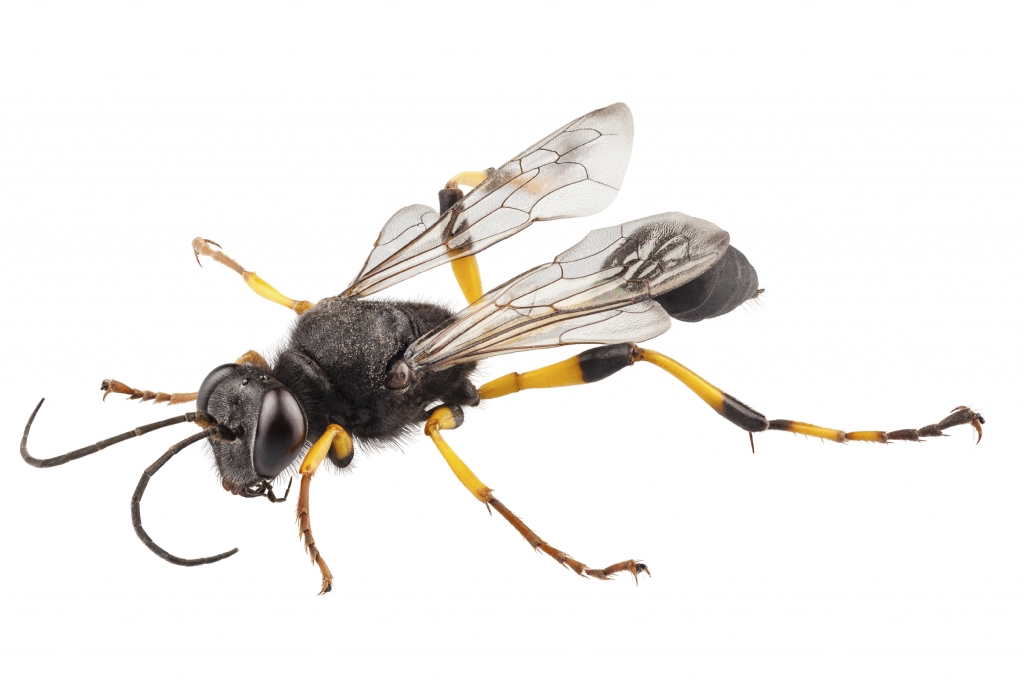 Mud dauber wasps vary in appearance but they are characterized by having long, slender waists and a predominately black body with either a pale marking or metallic luster. Mud daubers are a solitary species and do not live in colonies.

Female mud dauber wasps build their nests out of mud in sheltered areas such as under eaves, porch ceilings, garages and sheds, barns and attics. Although mud daubers are not typically dangerous, their nests should be removed by Stop Bugging Me Pest Control if found on your property, as their abandoned nests are often adopted by other more dangerous wasp species.