Stinging pests include yellow jackets, bald faced hornets, paper wasps, and mud dauber wasps. Stinging pests can be a nuisance in and around the home, and can present health complications for those that are allergic.

Call Stop Bugging Me to Get Rid of Stinging Pests Today! 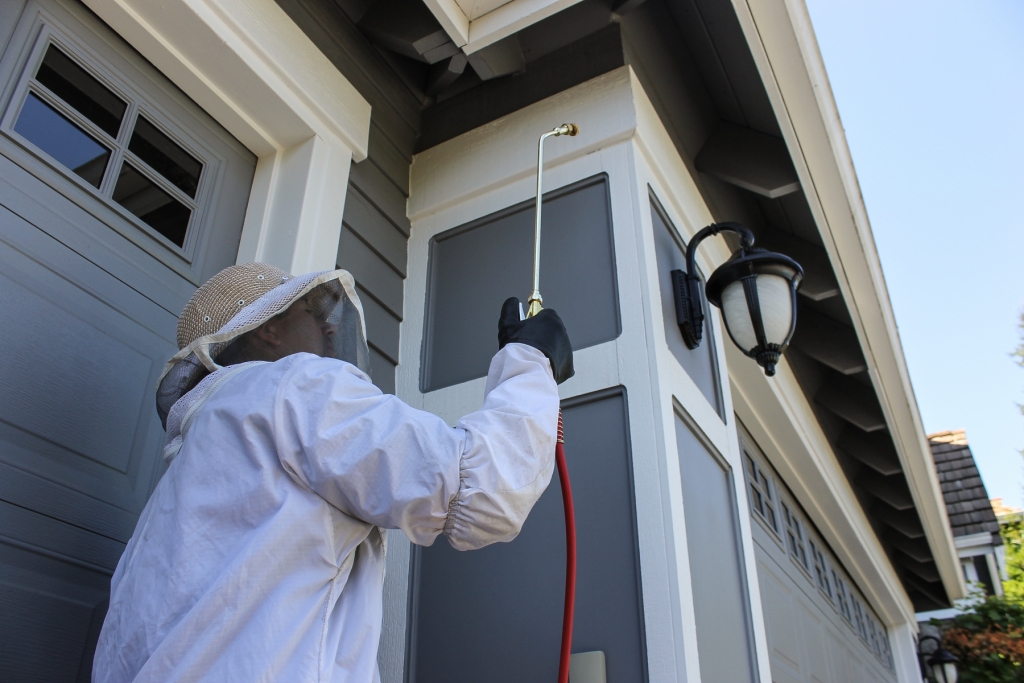 Stinging pests such as bees and wasps are active during the late summer and early fall seasons when the weather is warmer. According to the National Pest Management Association, bees and hornets send more than 500,000 people to the emergency room each year.

Avoid stinging pest infestations and stings with these tips:

Dispose of food and garbage properly…

Leaving scraps of food and unfinished drinks outside can attract stinging insects like bees and wasps. Make sure to discard these items in a covered container or a tightly closed bag.

Bees and wasps are attracted to sweets. Make sure to keep drinks and food covered when eating outside.

Strong scents like perfume and hair products can attract insects. If you know you’re going to be spending a lot of time outdoors, avoid wearing alluring fragrances.

Why you should call the experts if you suspect a stinging pest infestation:

Common nesting sites include ceiling beams in attics, garages and sheds, and under porches. Many of these areas can be hard to reach for at-home solutions. Stop Bugging Me Pest Control technicians have the proper tools and expertise to eliminate nests. It is also important to call a professional if you are allergic to stings as at-home remedies can often aggravate bees and wasps, and cause them to swarm and become very aggressive. 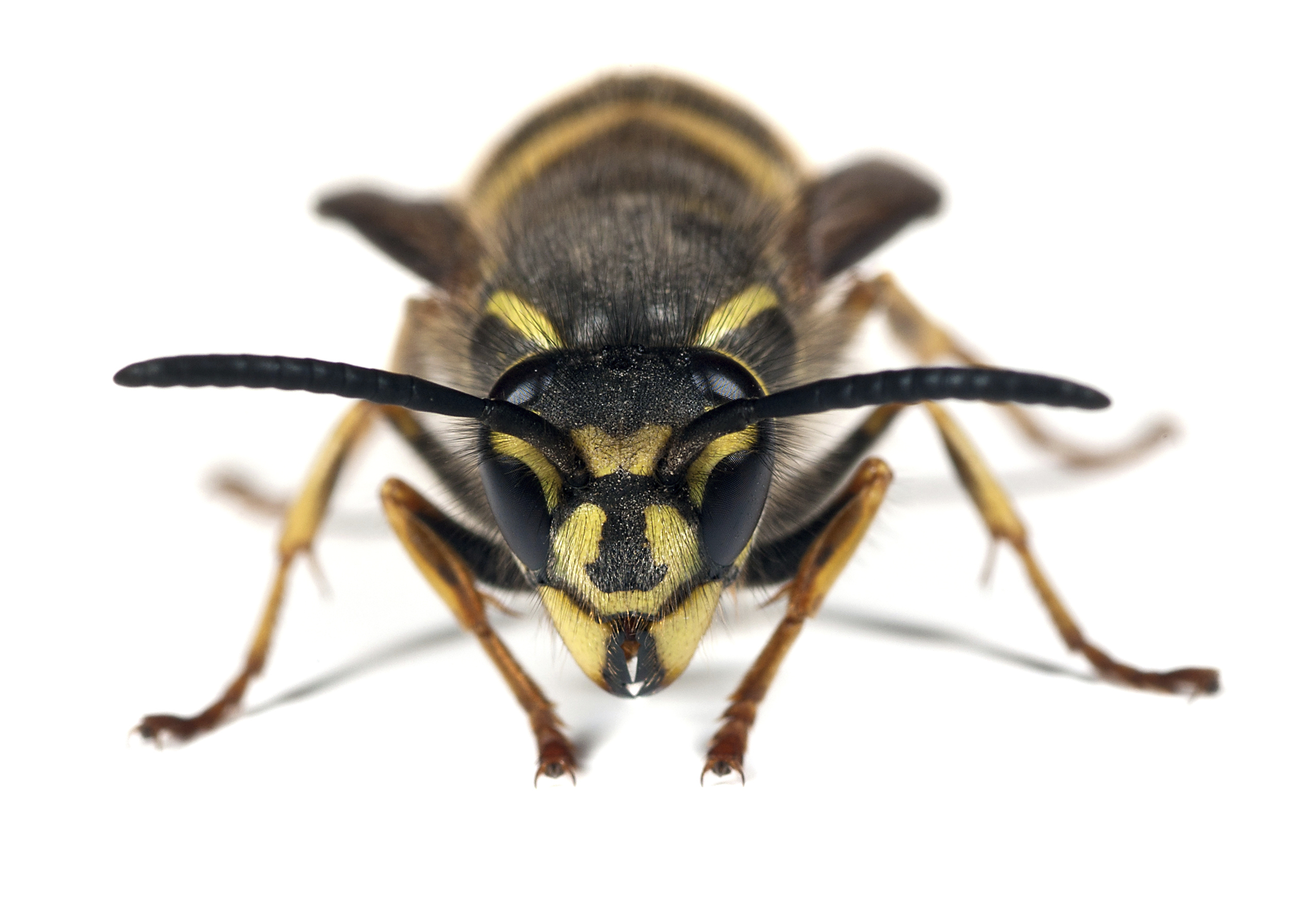 Shape and size:
There are a number of different yellow jacket species. As indicated by their name, yellow jackets have a black and yellow head with a patterned abdomen resembling stripes. Yellow jackets tend to be more aggressive during the early fall season when the colony begins to die out.

Signs of a Yellow Jacket nest:
Yellow jackets build nests in the ground or in hollow areas such as eaves and attics. They can be found anywhere humans can be found – they particularly enjoy invading outdoor activities where sweets may be present, which can be an issue for those that are allergic to bee stings. Check for nests near recycling bins or other areas where sugars are common. 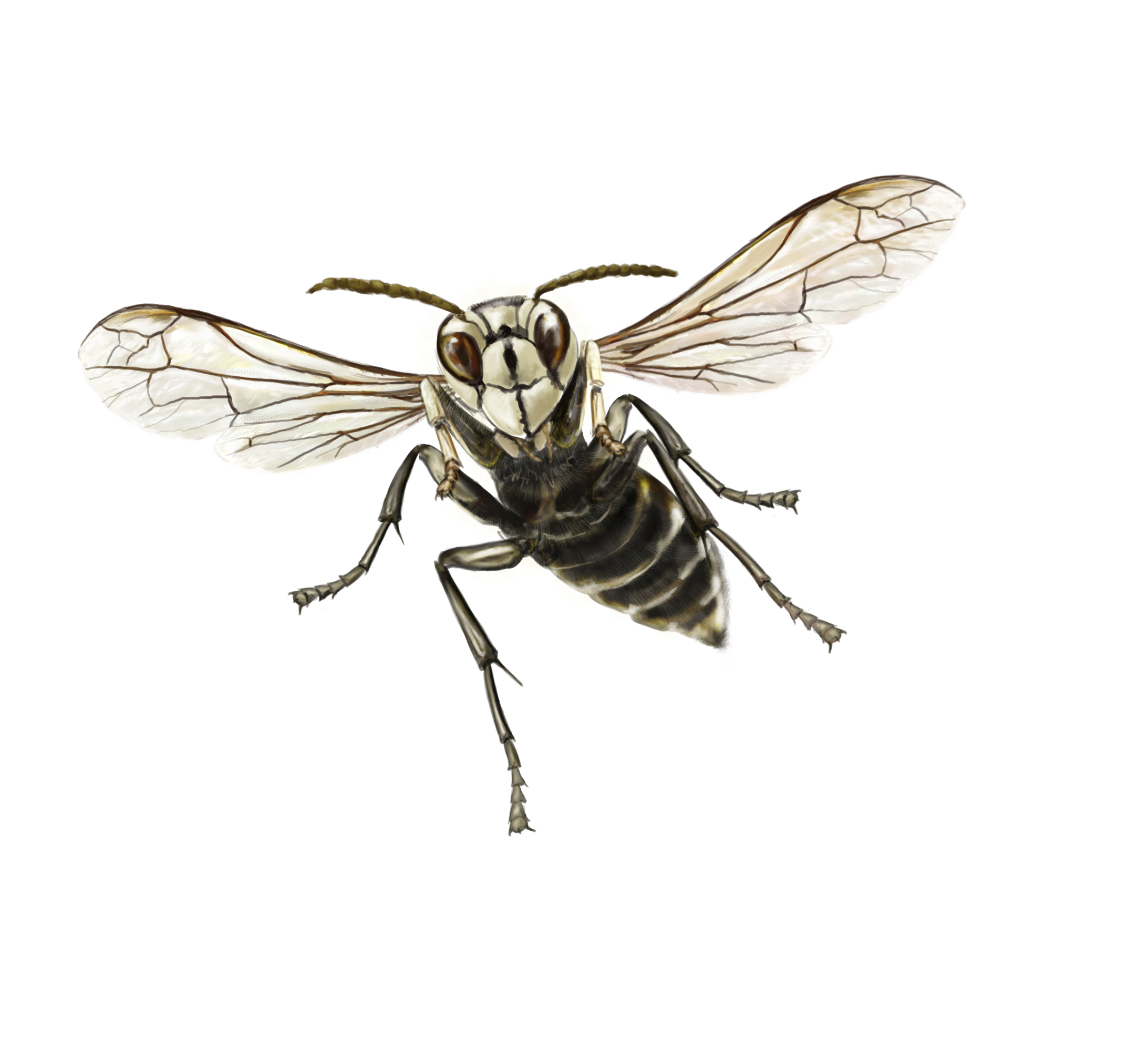 Shape and size:
Bald-faced hornets are relatives of the yellow jacket. They are large in size and get their common name from their black coloring and predominately white face. Bald-faced hornets are social insects. They live in colonies that can contain up to 400 members. They are an aggressive species and will attack anyone or anything that invades their space. Bald-faced hornets have smooth stingers, allowing them to sting their targets multiple times and they also carry venom, which causes the stings to hurt, itch or swell for up to 24 hours. 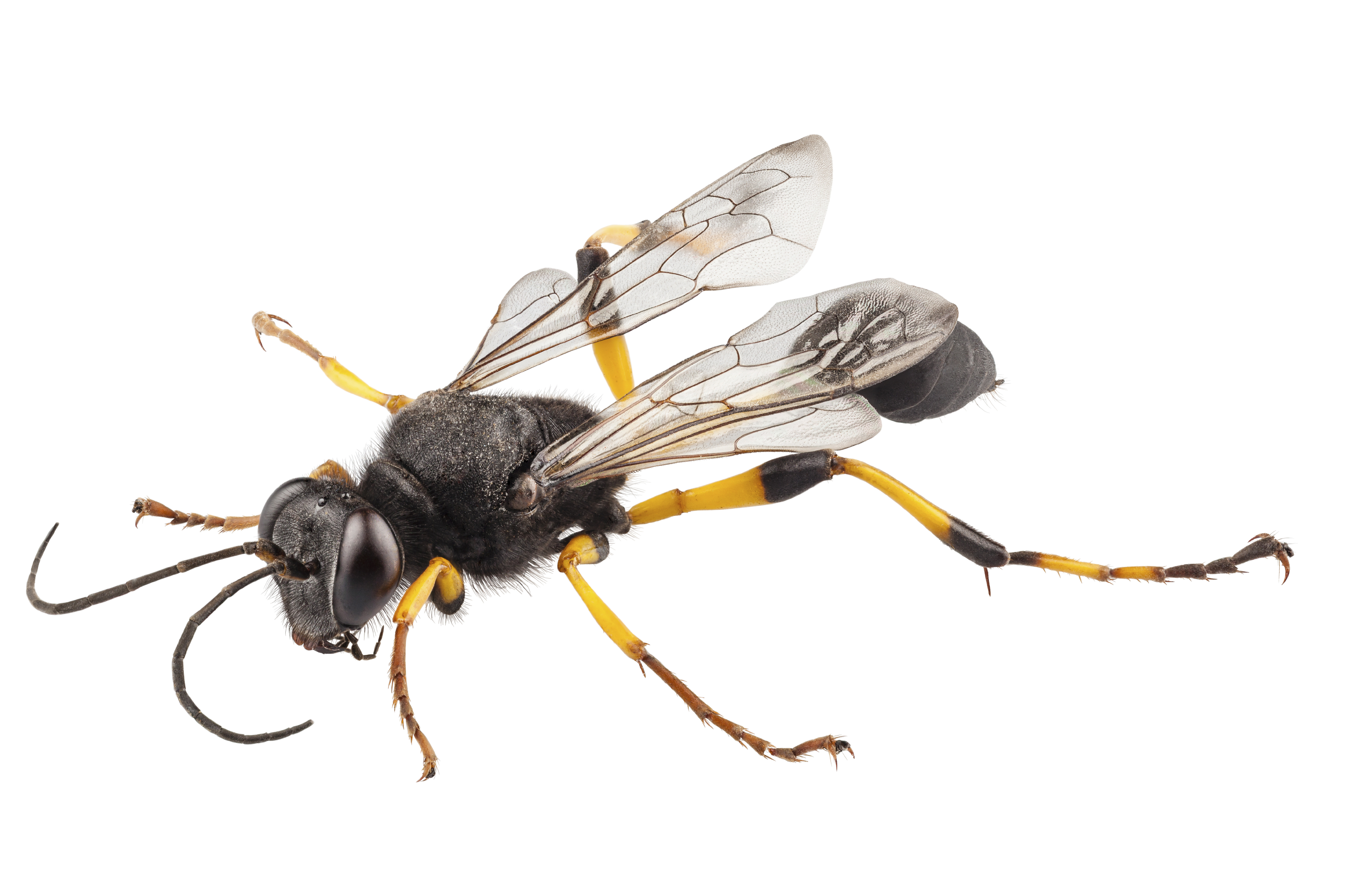 Shape and size:
Mud dauber wasps vary in appearance but they are characterized by having long, slender waists and a predominately black body with either a pale marking or metallic luster. Mud daubers are a solitary species and do not live in colonies.

Signs of a Mud Dauber Wasp nest:
Female mud dauber wasps build their nests out of mud in sheltered areas such as under eaves, porch ceilings, garages and sheds, barns and attics. Although mud daubers are not typically dangerous, their nests should be removed by Stop Bugging Me Pest Control if found on your property, as their abandoned nests are often adopted by other more dangerous wasp species. 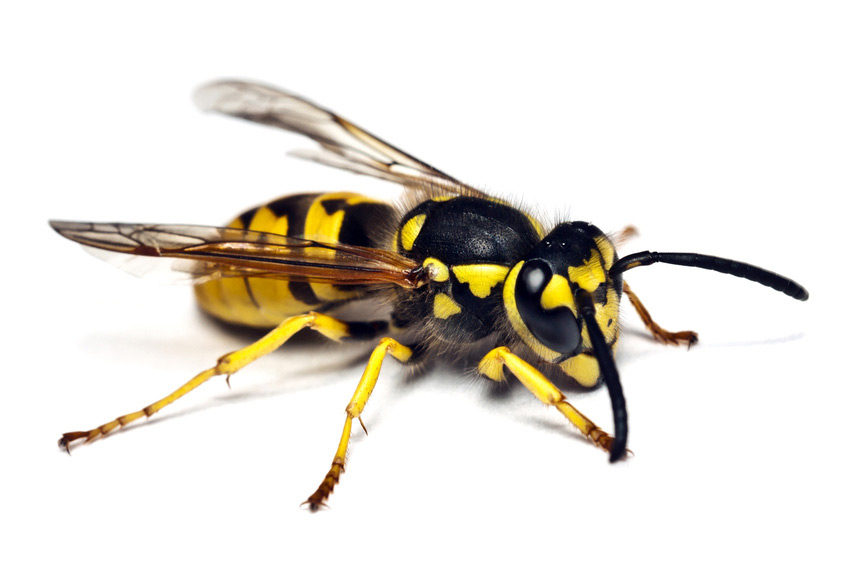 Shape and size:
Paper Wasp is the common name for medium – to large-sized wasps that construct nests made of a papery material. Most paper wasps measure about 2 cm (0.75-in) long and are black, brown, or reddish in color with yellow markings.

Signs of a Paper Wasp nest:
The nests are suspended from a single, central stalk and have the shape of an upside-down umbrella. Plant and wood fibers are collected by the wasps, mixed with saliva, and chewed into a paper-máché-like material that is formed into the thin cells of the nest. The nests are constructed in protected places, such as under the eaves of buildings or in dense vegetation. Normally a colony of several to several dozen paper wasps inhabit the nest.